From the Creators of “In Our Hands: The Battle for Jerusalem”

Where Are The Treasures Now?

In A.D. 70, Roman legions destroyed the second temple of Jerusalem. But centuries of eyewitnesses say the temple treasures survived and were carried away to Rome, Carthage and Byzantium, leaving an ominous trail of destruction. Where is what’s left of the treasure today?

CBN Documentaries presents a story of mystery. Why did the unimaginable wealth contained in Jerusalem’s Second Temple seem to carry a curse to every place it rested? The pages of ancient history, modern archaeology, and the Bible itself have lured treasure-seeking explorers to attempt to piece together this puzzling mystery.

Now the CBN Documentaries team has traced the journey of the treasure and uncovered more tantalizing clues to its final resting place. 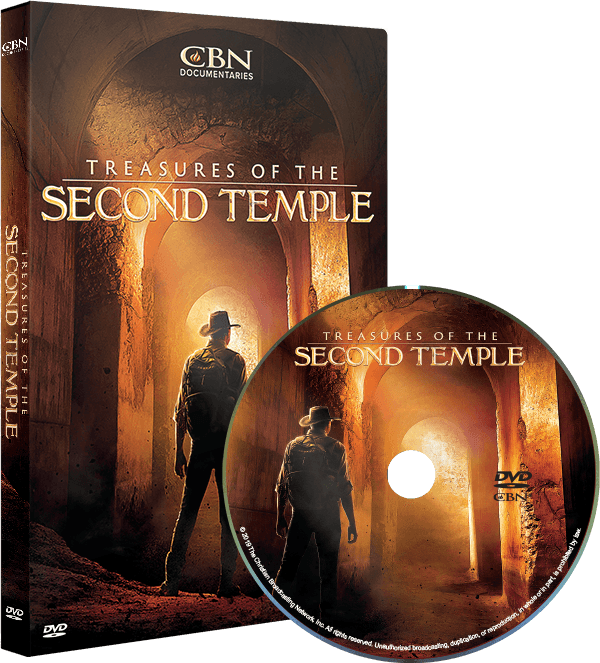 Be among the first to own CBN Documentaries’, Treasures of the Second Temple for a donation of any dollar amount.
+Instant streaming access.
+Not available in stores.

Your support makes it possible for CBN to continue to produce extraordinary films that proclaim the biblical & historical truth of God’s love for Israel.